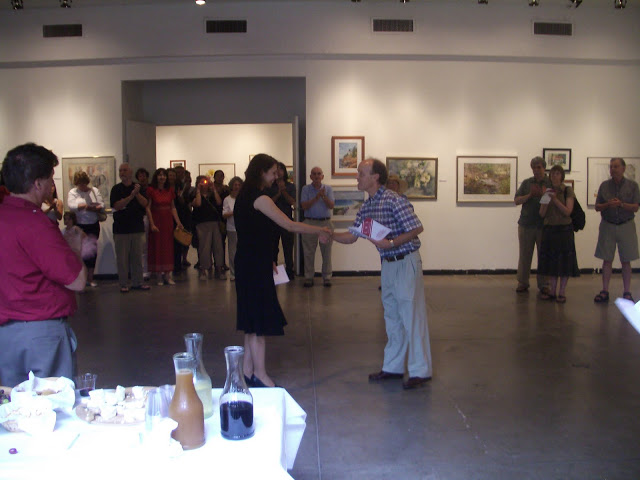 I decided to enter my art to the Connecticut Watercolor Society Exhibition this past month. It was being held at the Silpe Gallery at the University of Hartford. This is the first time I’ve ever entered a painting into the CWS, and if two get accepted then I can become a member. Not only did my portrait of Megan get in, I recieved a phone call from the CWS. I wondered if everything was alright, and they said that my portrait of Megan won an award! They asked if I would be attending the opening reception to recieve the award, and I said yes I would. I was so excited! My first award! It’s the Esther Fay Memorial Award. There were over a hundred entries submitted, 85 made the show, and 11 recieved awards. Since it was of Megan, we brought our model along with us. Just thought I’d share the news! I’m so proud! Here are some photos of the event: 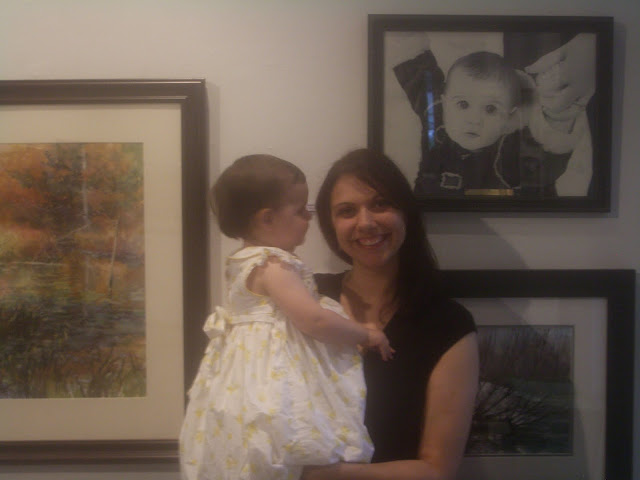 Megan and I with our award winning painting 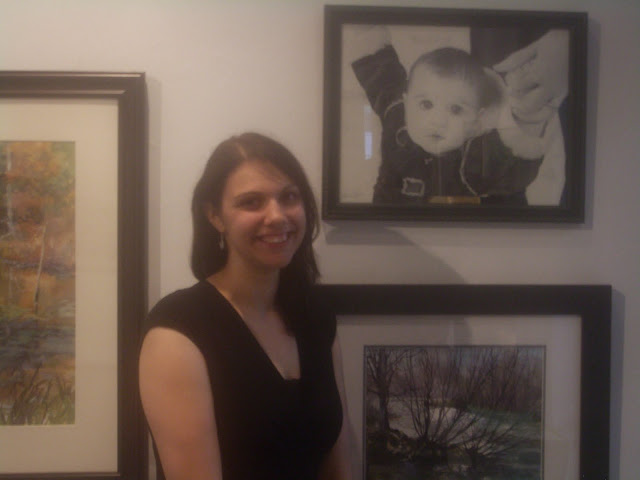 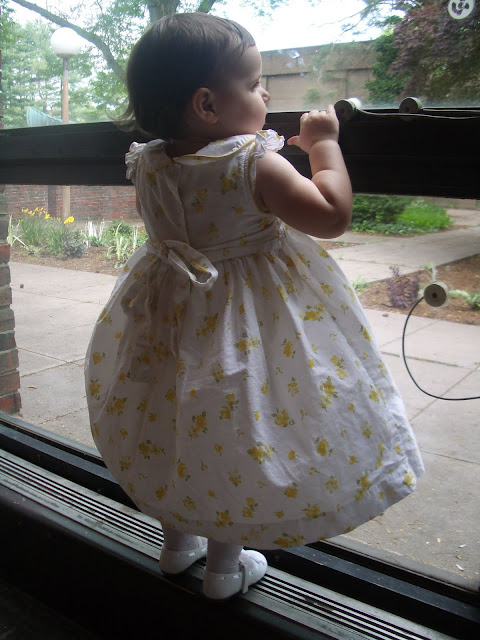 Megan enjoys the cool breeze rising from the vents… 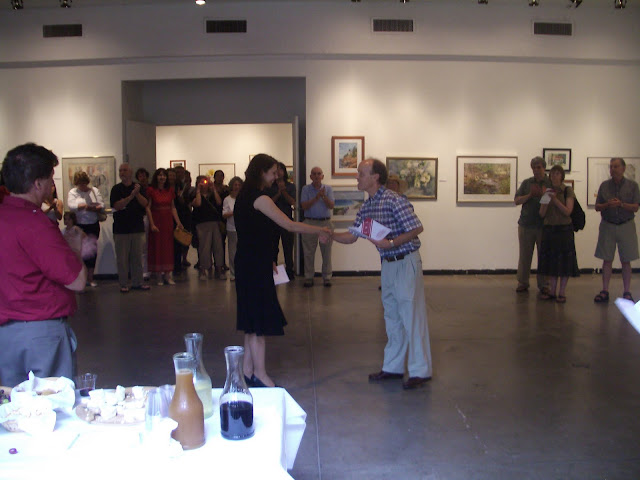