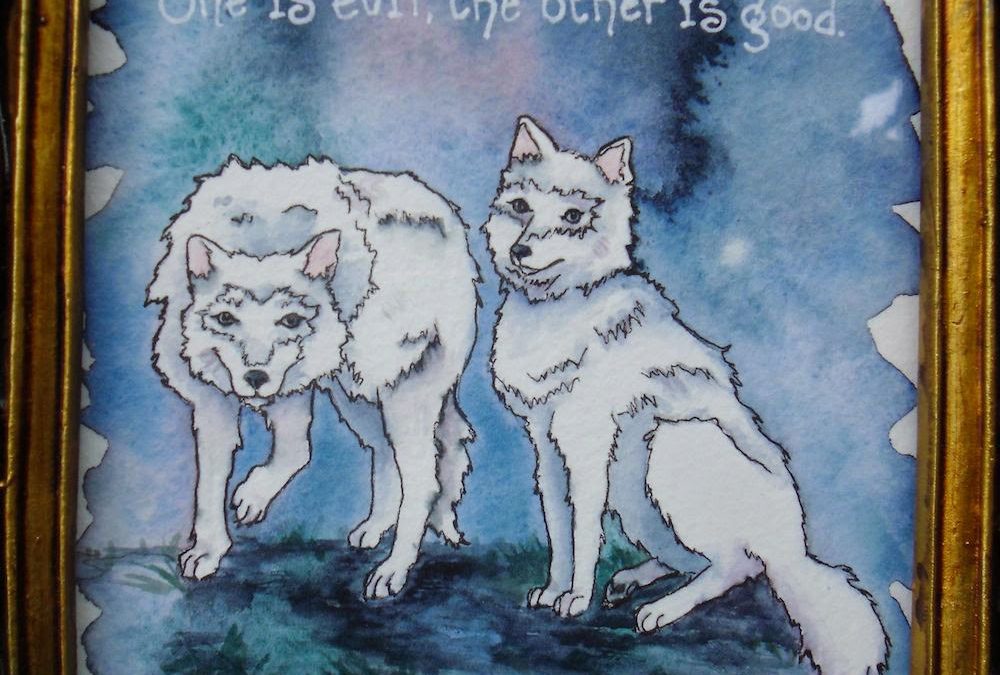 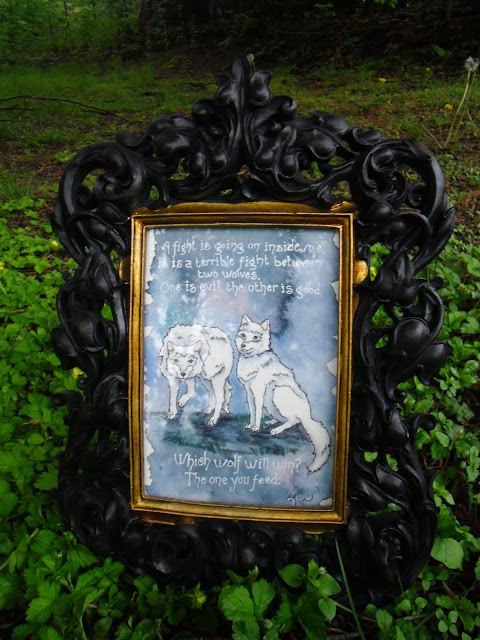 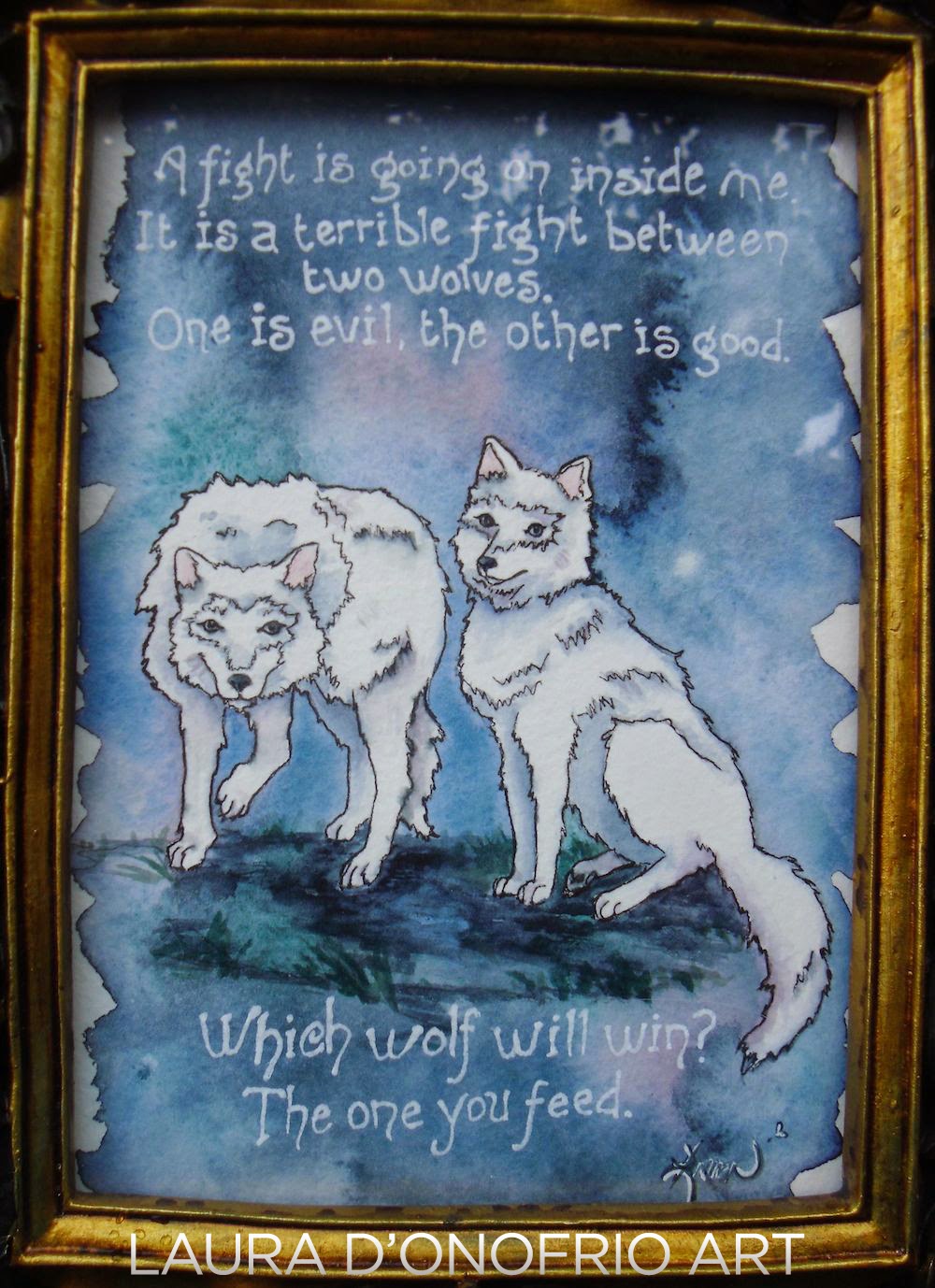 I feel like I’ve been playing the game of catch up this month of May! I’ve been away all through April, and this was one of several jobs that needed to be done.

This is a new illustration made for a lovely friend of mine. She wanted a picture of a wolf, ideally a white wolf. These wolves were pieced together by looking at several different pictures and sketching it all out. I found this really great poem called “Two Wolves,” and decided to make an illustration for her around that poem. The words on the painting are quotes from the original poem, and the original author is unclear on the internet. This is the original poem:

TWO WOLVES
An old Cherokee
Is teaching his grandson about life.

“A fight is going on inside me, ” he said to the boy,
“It is a terrible fight between two wolves,
One is evil – he is anger, envy, sorrow, regret,
Greed, arrogance, self-pity, guilt, resentment,
Integrant, lies false pride, superiority, and ego, ”

He continued, “The other is good – he is joy, peace,
Love, hope, serenity, humility, kindness, benevolence,
Empathy, generosity, truth, compassion and faith,
The same fight is going on inside you –
And inside every other person, too, ”

The grandson then asked his grandfather,
“Which wolf will win? ”

The old Cherokee simple replied,
“The one you feed”

I felt like this poem is very true in our own souls, and I thought it would be a fun message to share with my friend. I wonder if these 5×7’s might become a personal trademark?