Award for “The Most Precious” 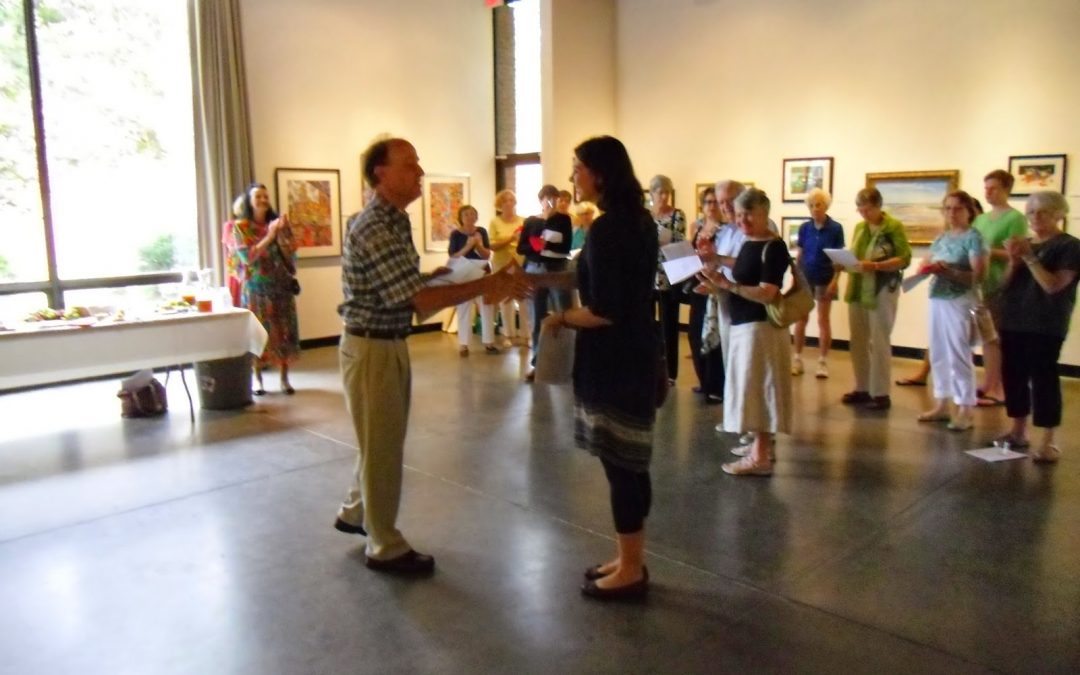 On Thursday the Connecticut Watercolor Society called me and asked if
I would be attending the reception. I asked if my painting was alright,
ans he said that it was safe and sound. He informed me that I won an
award for :”The Most Precious.” I shouted with joy over the phone and
said to James and the kids “I won an award!!! YEAH!!”
So I made
the trek up to Hartford by myself on Sunday. The art was beautiful, and I
was very excited to receive the award. The award giver told everyone my
story of elation and screaming to my family of little kids “I won an
award!!” Everybody laughed. 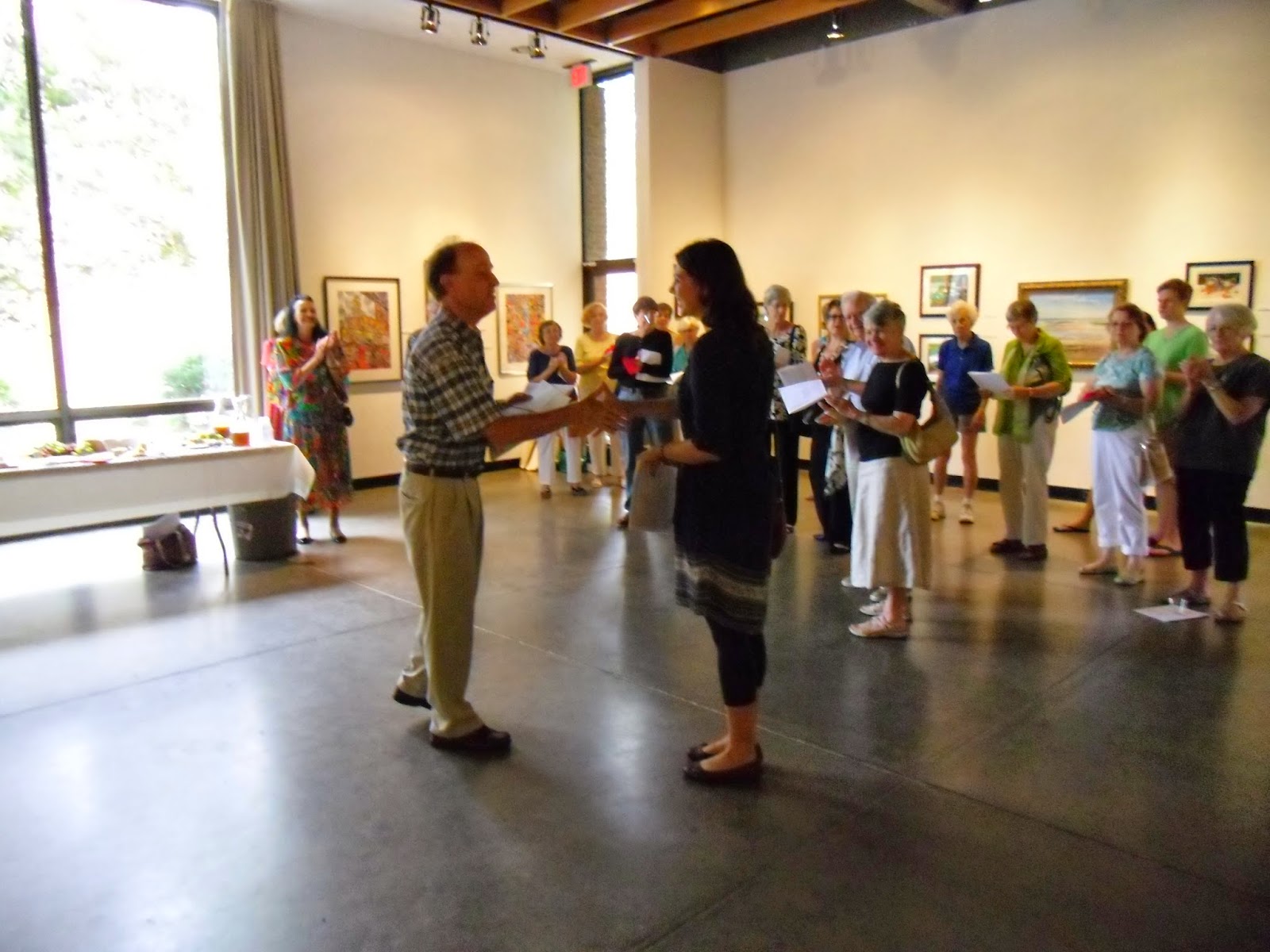 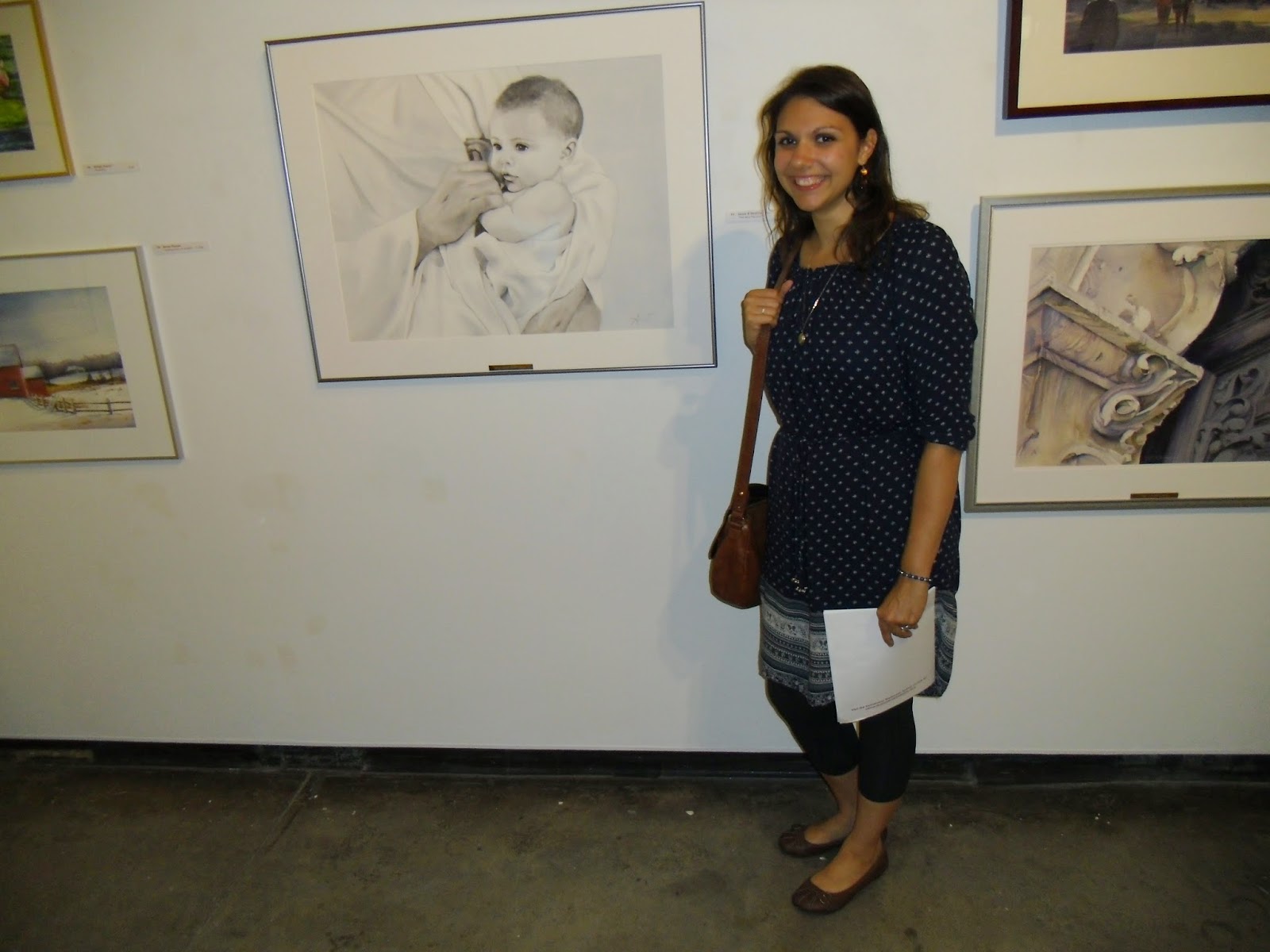 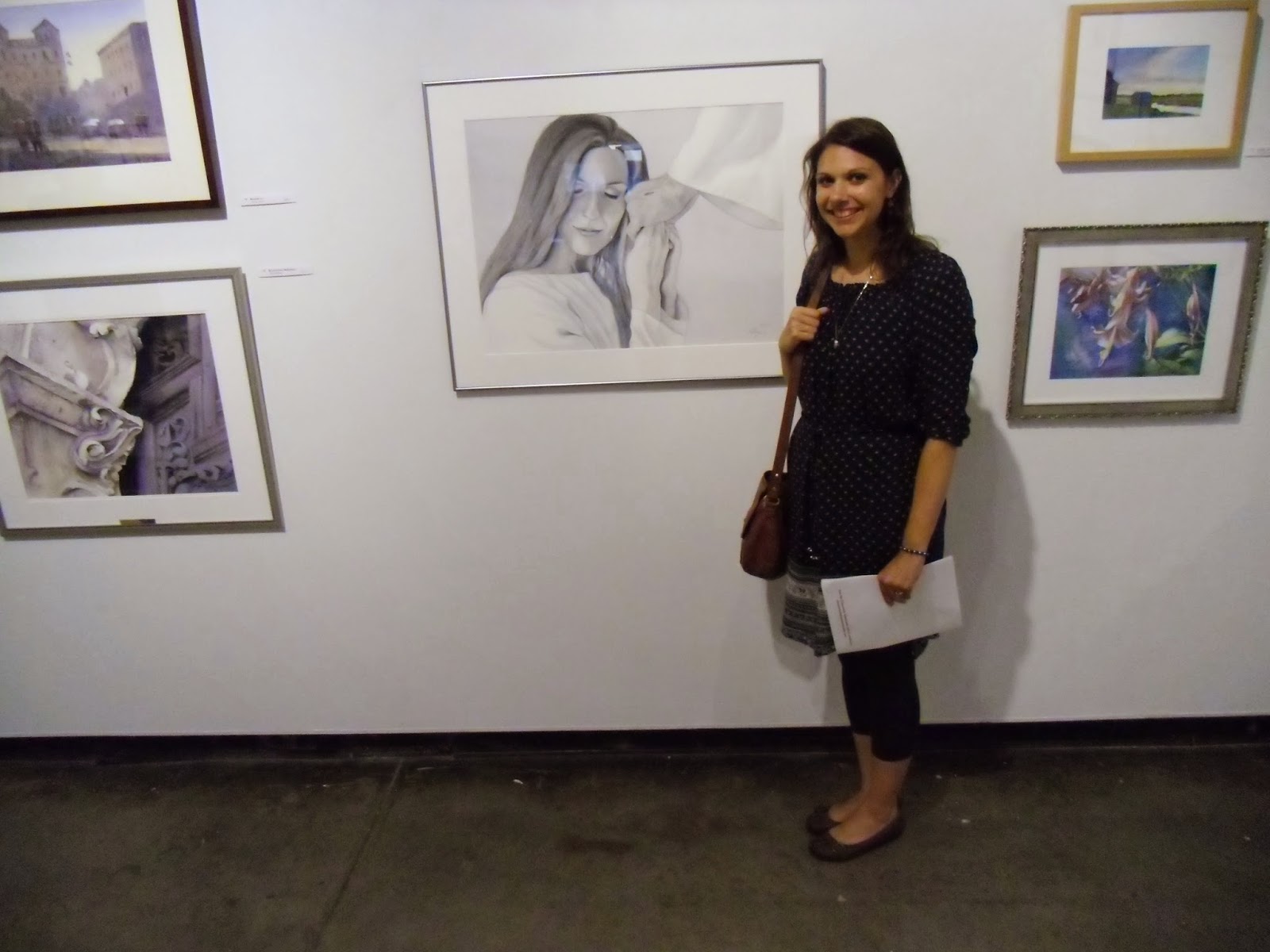 What I did not expect was after all
the awards were given, people sought me out JUST so they could tell me
that they loved my paintings. The positive response was much more than I
ever experienced before. There was even one woman who told me she came
back to the art so JUST so she could see the baby again! Two separate
people told me that they could feel a strong feeling of peace and love
coming from the painting. When I told the story to each person about my
art series and what I hope to accomplish, it sent people into an even
greater awe and excitement. Two experienced and talented painters (one
of which received an award) told me that they thought I had talent, and
complimented me for pursuing such a difficult and complicated subject at
a young age. When the fifth person came up to me I started getting
jittery and told her I feel funny receiving so much attention. She said I
should embrace it…..All in all, I was deeply humbled by all of this
response, and these paintings resonated with people from all different
backgrounds, christian and non.  Maybe…Maybe I’ve got something here.
I’m so happy that it is affecting people in such a positive and
beautiful way.
I also promised my fans that if I won an award or
sold a painting, I would do a dance in a bumble bee costume…So…Now I
have to do it! Hahaha! It’s a great way for me to share my joy in my
successes, and I hope you will enjoy the silliness of it all. I also
promised on Facebook that if I sold a painting by the end of the summer,
I will do another dance in a pirate costume on a beach…a PUBLIC
BEACH!
Cheers to you all!
-Laura